Wind Energy Report Series
JavaScript is disabled for your browser. Some features of this site may not work without it. 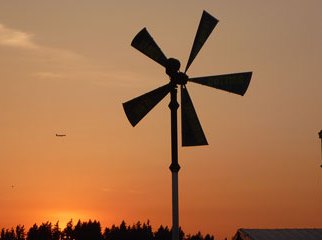 In the 1970’s and 1980’s WSU faculty and staff were awarded a series of research grants from NASA-Lewis Research Center in Cleveland, Ohio (later renamed NASA-Glenn Research Center), with Drs. William Wentz and Melvin Snyder, professors of Aerospace Engineering as principal investigators. The WSU research involved thousands of hours of wind tunnel testing, computer studies of horizontal axis wind turbines, and full-scale field tests at the NASA Plumbrook Test Site. The results were published in a WSU report series as Wind Energy Reports (WER’s). Initially, publication of results was restricted by NASA through a process known as “For Early Domestic Dissemination,” which prohibited distribution for two years. All reports now have unlimited distribution. The WER’s were published through the WSU Wind Energy Laboratory, which was directed by Dr. Gary Thomann, professor of Electrical Engineering .


Unfortunately, some of the reports in the WER series have been lost, so the collection is incomplete. Archival copies are retained by the Special Collections unit of Ablah Library.