Doris T. Chang
JavaScript is disabled for your browser. Some features of this site may not work without it. 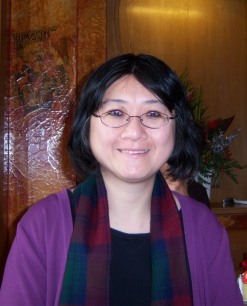 Dr.Doris T. Chang is Associate Professor of Political Science at Wichita State University. She received her Ph.D. degree from the Department of History at The Ohio State University in 2002. Her areas of specialties include East Asian history, the comparative studies of women’s movements in the Asia-Pacific Region and the United States, and Asian American women’s studies. Dr. Chang authored the first monographic research in English to consider feminist movements and discourses in modern Taiwan. Her book Women's Movements in Twentieth-Century Taiwan was published by University of Illinois Press in 2009. In addition, Dr. Chang did extensive research on the New Feminism of Ms. Hsiu-lien Annette Lu, the Vice President of Taiwan (2000-2008). She started her academic career at WSU in 2003 in the Women's Studies and moved the Political Science Department in 2020. To learn more about Dr. Chang, Visit her departmental web page.