Susan J. Matveyeva
JavaScript is disabled for your browser. Some features of this site may not work without it. 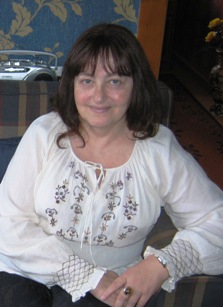 Susan Matveyeva is a SOAR manager. She earned her Ph.D. in Philosophy of Culture in the Russian Academy of Sciences Institute of Philosophy (Moscow, Russia); Master's of Library and Information Science in Wayne State University (Detroit, MI), and B.A. in Theory and History of Music in Odessa State Conservatory (Odessa, Ukraine). Dr. Matveyeva joined Wichita State University in 2002 as Assistant Professor and Catalog Librarian. In 2009, she was promoted to a tenured Associate Professor and Institutional Repository Librarian.

This collection includes research on Russian modernization, the Akhiezer's sociocultural theory, and ethno-national conflicts (in Russian) and library studies (in English).