Chinyere G. Okafor
JavaScript is disabled for your browser. Some features of this site may not work without it. 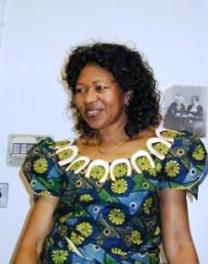 She speaks and writes about the challenges of ordinary women and men. Issues of war, suppression, politics, greed, poverty and disease feature alongside love, bonding, creativity and strength that support the engagement of hostility. She has won a number of local, national and international awards for research, creative writing, and teaching including the 2012 Outstanding Faculty Award; 2011 Tilford Incentive Grant; 2009 Phenomenal Woman Award; 2004 Global Learning Most Outstanding Department Award; two Rockefeller Humanist-in-Residence Fellowships in 1991 (Hunter College and Cornell University); Writer-in-residence Award at the Rockefeller Center in Bellagio (Italy), 1998; Bertram’s Literature of Africa (South Africa), 1996; and four Association of Nigerian Authors’ awards and honors, 1994.

Her research is interdisciplinary involving transnational gender, African literature, global and diversity education as well as mask communication with the organizing principle of women and gender. A specialist in gender, literary and cultural studies, Okafor has designed and taught courses on multicultural gender, world literature, feminist theory, African mask performance and Communication. She has worked as a consultant for a number of academic and community based groups facilitating projects in which tales, dramatic skits and histories are used to engage social issues. Examples include workshops on gender, race, and media literacy. Lived experiences in Africa, America, and Europe add to her use of technology to promote global learning classrooms. Her department won the Global Learning Most Outstanding Department Award in 2004.

She has published in the area of African literature, women in African mask performance, and creative writing. Her essays are published in edited volumes and academic journals. Her published creative works include Ikeji Festival Theater of the Aro and Diaspora: Gender, Mask and Communication", The New Toyi Toyi (a play) It Grows In Winter and Other Poems , He Wants to Marry Me Again and other Stories , The Lion and The Iroko (a play), From Earth’s Bed Chamber (a collection of poems), Campus Palavar and Other Plays, as well as others in collections, journals and magazines. Some of her works have been translated to French and Italian. See more information at Dr. Okafor's Curriculum Vitae and at the Center for Women’s Studies web site.

All items in SOAR are protected by copyright, with all rights reserved, unless otherwise indicated. Reproduction of works is prohibited without the express written permission of authors.

Sub-communities within this community